Your Past Lives – Your Future Lives 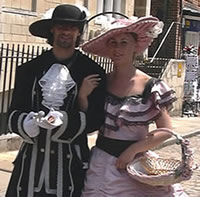 Past lives also know as reincarnation, is something that we are hearing about more and more, the idea and understanding that we have been here before, that this is not our first life time nor our last life time. In other cultures this knowing has been around for thousands of years and in those cultures such as the Native Americans, Aborigines, Tibetan Buddhists, Shamans, and more. These cultures have made the understanding and preparing of birth and death to accommodate their customs and spiritual practices around this area.

We have all said at one time, how someone or something seems so familiar as if we have been there before or have known that person before. That is because we most probably have.

People such as Einstein, Mozart, Michelangelo, came into this life with gifts that they brought with them from a life before this one, how else can you explain Mozart composing music and playing at the age of four years old. He certainly must have been a genius in music in his past life.

Looking into the eyes of a newborn baby, sometimes a parent might say, this child is an old soul; he looks very mature and wise, like he can know and see right into you. This is because his consciousness that he brings with him or her is old and very aware.

The inner most consciousness (the soul) of you is the real you, not the “you” what others physically see. An understanding can be as simple as the observing how your body changes as you grow older when you still feel very young inside. In nature it’s clearly seen in cycles of the caterpillar which appears dead in its cocoon stage but later emerges with a different body with wings. Just like the caterpillar that becomes a butterfly you also are going through everlasting transformation as your soul journeys towards perfection.

The soul holds all past life memories within it so when an issue in this life triggers a past life experience the emotion may seem all out of proportion to what is actually happening in your life. When deep fears and phobias cannot be released through regular therapy or psychiatry, the roots are often found deep in the soul’s memories by accessing the subconscious mind. I have worked with clients where I psychically access or through hypnosis discover a past life where there was sufficient reason for the intense fear. Once the reason for the fear is discovered the memory and energy it’s holding is released and they feel free. By looking at the stuck places in you and shining a light on them they show up like dust in the corner to be cleared away, so you can move forward to grow and expand which is a natural state.

Having also been a psychic astrologer for many years I came to focus on the aspects of an astrological chart that told me where the person’s soul had come from and where they were headed in this lifetime. I used this to zero in on how they were doing in terms of evolving and expanding awareness, learning from past life experiences and transforming them. I also looked at the positive experiences that show up as gifts and talents in this life. I used the astrology and my psychic eyes to match the experiences they were also having in past life memories to know we were on track. It proved correct every time as I was able to assist them in psychically fine tuning the experiences through further awareness and releasing what was no longer serving them in this life now. Most often during a session they would tell me the same things in their experiences that I was seeing, the same themes would be present in their past life story line that had an influence in this one.

One client I will call Carl had an issue with control and found it hard to let go emotionally. He always felt he had to be in charge and was chronically tense in his body from taking on too much at work and not delegating. He thought no one could do the job like he could and people around him felt inadequate. He never gave them a real chance to prove themselves. In our session he remembered having a life as a successful business man who was responsible and in charge of many people in the past and the memory was still very strong in his subconscious due to such a focus on career in this one past lifetime. Carl brought with him the ability to succeed with whatever he took on, to manage and organize well in this life which made him an extremely successful business man with a very high income. Carl was not happy even though he had a life most people would envy. In relationships he had a problem with trusting the other person, which is a necessary element in order to function in partnership. After three marriages where he felt he deeply failed, hurt and distressed he looked for answers. It wasn’t easy for him to be successful in his career, but be a failure in his personal life. Once he understood why he was so controlling he was able to let go and begin to communicate more about his fears which assisted in him living a fuller emotional life where those needs for closeness could be met. This took several more years but I assured him that he was successfully learning by his previous relationships how to let go and trust more in life and other people. 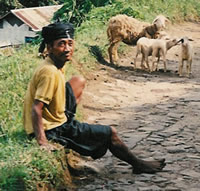 Another example was with Laura who had an incredible mind for analysis and detail but seemed to suffer from a perfectionist tendency and be too self critical. We saw in the past her life as a seamstress to a royal family and as a dressmaker had developed an incredible skill for details and meeting others desires and demands with her craft and skills. In this lifetime she was working in a number of office jobs and couldn’t seem to stay fulfilled. There was a pattern of finding fault with her bosses and co workers and whenever she offered better ways to improve the office procedures no one would listen. This knowledge of her past life was able to assist her with finding employment where she could focus on more of these skills so she had a positive outlet rather than being so picky about her self and see others faults. Once she used her acutely sensitive mind to hone new skills and create a larger goal she could relax more into being more open emotionally and feel her efforts appreciated.

The other lifetimes I often come across are ones similar to my own story with people who have intuitive abilities that they used in other lifetimes and developed. In this life they are highly skilled in these areas of psychic energy and often feel they don’t fit in and there is something wrong with them. They are highly creative and sensitive and not able to accept the status quo way of living, mainstream programming of whom we should be. Often they come into families in this lifetime that are very practical and secure and instill basic moral principles, helping others, focused on work and earning a living. These families are chosen as they offer a good strong foundation and ability to meet and be among the mainstream in this life.

Being misunderstood throughout childhood one can feel like the stork had dropped them down the wrong chimney! As a child they may have stared out the window in school like Marlene, the teachers not knowing if she was a saint or a lost soul. Daydreams and fantasies were more exciting to her than math and English. Often she had nightmares, visions and stories which were shunned by her parents and siblings who wanted her to be “normal”. Marlene came alive when she went to collage and discovered new friends whom she could communicate with. She decided to transfer to the fine arts program where she found her voice and way to express her imagination. This then brought up many memories for which she sought out counseling and various therapies for several years until she discovered past lives, meditation and body centered therapies. Marlene got in touch with how the subconscious mind stored memories and emotions right in the cells and muscles of her body. After a series of sessions she started to feel more at home in her own body and come to accept her gifts of sensitivity. Whenever a memory is observed and released rather than being in reaction to it you are freed from its grasp. In Marlene’s case she discovered the more she released these past memories the more intuitive and psychic she became allowing her to use these sensitivities to assist other people. She then developed more self understanding rather than suffer and feel confused from thinking others feelings and emotions were her own. 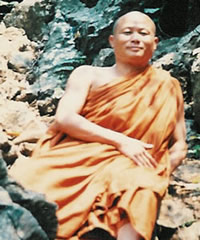 Past life readings and past life regression can be beneficial to help us get gain understanding of who we are on many levels. It can help us to see where we have blocks, fears and beliefs, that we wonder where they come from, and in seeing where, we can then release the energy of them and feel free to move forward. A past life reading and regression can also be beneficial in creating a life that is more successful, happy and spiritually fulfilling. Reliving our experiences in past lives where we were successful, strong, patient, loving and spiritually connected can help to crystallize those same feelings in us in our current life. Creating a life where we feel more whole and complete and can also give us some understanding of why we are here, what our purpose is and our lessons and challenges to grow in consciousness and awareness as a soul.

Nirup is a gifted woman who has explored her own artistic, spiritual and psychological journey with creativity and courage, and who, in her work with others, draws on a deep well of insight, intuition and integrity. Thank you Nirup   B.S. Scottsdale AZ

With a unique talent for making concepts easy to understand and apply, Nirup’s focus is how to use spiritual teachings and past life regression in a practical way. She helped me let go of old fears that I had for many years where nothing else helped.  K.L. New York NY